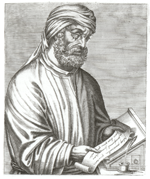 Quintus Septimus Florens Tertullianus was born in Carthage to pagan parents, but became a Christian at some point before AD 197. According to Jerome[1] and Eusebius[2] he was the son of a centurion and trained as a lawyer in Rome. Following his conversion he became a presbyter in the church at Carthage, but dissociated himself from the Church after the bishop of Rome rejected the ‘New Prophecy’ of the Montanist movement. However, "...neither Eusebius nor Jerome is in this matter a reliable witness, and what can be known about Tertullian’s life must be gathered from his own writings; unfortunately, their highly rhetorical character makes inference insecure."[3)] Very different conclusions may be reached from the fragmentary evidence available to us.[4]

Throughout church history Tertullian has received condemnation for two main reasons: his association with the Montanist movement[5] and because of his supposed anti-intellectualism. However, the vast majority of scholars now agree that the Montanists were doctrinally orthodox,[6] and so there are no grounds for rejecting Tertullian’s contribution to theology on the grounds of his association with them. Roger Forster & Paul Marston, for example, refer to Minucius Felix (late 2nd/3rd century), as Tertullian’s "more orthodox" contemporary.[7] However, it should be noted that in Minucius Felix’s work Octavius Christianity is treated from the standpoint of philosophy, Scripture is not cited, nor are major biblical teachings much discussed.[8] It is therefore difficult to accept Forster & Marston’s view on the basis of arguments from silence. There has been a long history of debate whether Tertullian used Octavius as a source for his Apology or vice versa. Current opinion favours the priority of the Apology.[9] This is not the first time that Tertullian’s orthodoxy has been attacked in order to undermine his credibility as a witness to the beliefs and practises of the church of his day. William Wall used the same ploy in the 1840’s to support his case for infant baptism. Wall wrote that Tertullian "...fell into the heresy of the Montanists, who blasphemously held that one Montanus was that Paraclete or Comforter which our Saviour promised to send: and that better and fuller discoveries of God’s will were made to him than to the Apostles, who prophesied only in part."[10] To which Paul K. Jewett responds: "But the noble African’s reputation as a Christian and theologian scarcely needs defence against such beggarly invective."[11]

Tertullian is the church father who more than any other has been taken to epitomise the anti-intellectualism of the early Church. Tertullian wrote:

For philosophy is the material of the world’s wisdom, the rash interpreter of the nature and dispensation of God. Indeed heresies are themselves instigated by philosophy… What indeed has Athens to do with Jerusalem? What has the Academy to do with the Church? What have heretics to do with Christians? Our instruction comes from the porch of Solomon, who had himself taught that the Lord should be sought in simplicity of heart. Away with all attempts to produce a Stoic, Platonic, and dialectic Christianity! We want no curious disputation after possessing Christ Jesus, no inquisition after receiving the gospel! When we believe, we desire no further belief. For this is our first article of faith, that there is nothing which we ought to believe besides.[12]

Three facts that lie behind Tertullian’s rhetoric that are seldom considered:

The statement cited above must be viewed in the context of his other works:

Elsewhere Tertullian does not always speak in such robust terms of an unbridgeable chasm separating Athens and Jerusalem. He was as well educated as anyone of his time: a competent lawyer, able to publish his writings in both Latin and Greek with equal facility, acquainted with the current arguments of the Platonic, Stoic and Aristotelian schools and also possessing some knowledge of medicine.[22]

Finally, Tertullian’s argument "I believe it because it is absurd"[23] has been shown to be a misquotation, but more importantly it is an example of a standard Aristotelian argumentative form. Put simply what Tertullian is actually saying is that

...the more improbable an event, the less likely is anyone to believe, without compelling evidence, that it has occurred; therefore, the very improbability of an alleged event, such as Christ’s resurrection, is evidence in its favour. Thus far from seeking the abolition of reason, Tertullian must be seen as appropriating Aristotelian rational techniques and putting them to apologetic use.[24]

Indeed, in his Apology he demonstrated his familiarity with at least thirty literary authorities, which he probably had read first hand, rather than by referring to a handbook of quotations.[25]

Tertullian’s method of exegesis varied depending on the purpose of each of his works. When writing against the Gnostic Marcion (who rejected the Old Testament and all use of allegory) Tertullian defended its use, noting how even Paul had used allegory in his letters.[26] While he admitted that the use of allegory was sometimes legitimate he made it clear that he himself preferred the literal sense.[27] His principle for identifying the presence of allegory was that it was present if the literal sense resulted in nonsense; it is not present when the literal meaning makes sense.[28] In this he did not differ significantly from Origen’s principle.[29] In his other works Tertullian’s use of allegory is restrained.[30] Following other writers (such as Justin and Irenaeus) Tertullian used typology extensively to demonstrate the unity of the Testaments,[31] but the figures that he found in the Old Testament were based upon historical persons, places and events, and were used consistently.[32] As O’Malley points out: "He clearly does not feel able to allegorise generally, simply because Paul uses the words in Gal. 4:24."[33]

[5] Sider, 883: "It is because of their opposition to the Montanists that neither Eusebius of Caesarea nor Jerome are regarded as reliable witnesses concerning Tertullian." Schaff comments that Jerome "...admired Tertullian for his powerful genius and vigorous style, though he could not forgive him his Montanism..." Philip Schaff, History of the Christian Church, Vol. 3. (Grand Rapids: Eerdmans, 1989 reprint), 969.

[6] Barnes, Tertullian, 42: "Historical interpretations of the rise of Montanism inevitably differ, according to the prejudices and preoccupations of the exegete. But the theological issue is clear. The orthodox dubbed the Montanists ‘Cataphygians’ or ‘the Phrygian Heresy’. Yet they had to confess that they were orthodox in all matters of Christian doctrine. Only in the fourth century could polemical writers accuse the Montanists of purely theological error, and then the accusation patently relied upon a perverse and anachronistic interpretation of an utterance of Montanus himself."

[14] Christopher B. Kaiser, Creation & The History of Science. (London: Marshall Pickering, 1991), 4. Kaiser continues: "The long-range welfare of natural science depended on the development of an ecumenical community of scholars dedicated to the pursuit of truth. This ideal was appreciated by the leading thinkers of antiquity, but the needed substructure was not available… the ecumenical foundation of modern science was to be provided by the monastic movement of the Middle Ages, a movement based on the very discipline that was advocated by Irenaeus and Tertullian. Such are the ironies of history." See further 34-51.

[29] Robert E. Roberts, The Theology of Tertullian (London: Epworth Press, 1924), 19: "Tertullian made use of the allegorical method of interpretation, but he does not emphasise the difference between the plain and the figurative sense of Scripture, and certainly is no supporter of the idea that there are different meanings of Scripture for different classes of people after the manner of the Gnostic and Alexandrian theologians. Whatever is plain narrative is such for all men, and where a figurative meaning is to be discovered it is open to all."

[30] Hanson, 274: "But though Tertullian is ready to acknowledge as legitimate the practice of allegorizing Scripture in the Church of his day, and will occasionally have recourse to it himself, he often rejects the practice and his writings leave a general impression that he was suspicious of allegory."